You are here: Home / Culture / Queers Are Dancing In The Streets As a Form of Resistance

Queers are taking to the streets and throwing dance parties outside Trump tower as a direct form of resistance. “Visibility is vital. The point of so-called ‘religious freedom bills’ and ‘bathroom bills’ is to keep us invisible, and these protests are declarations that we will not hide — in fact, we’ll show up to your doorstep.” Dana Kline, an organizer for one of the many protests stated. On January 18th, the first official dance protest commenced and on January 25th, an even bigger one occurred.

DJs ILLEXXANDRA, Sam Pelligrino, and Pussy Grabs Back spun a few blocks away from the Trump Towers. Music blasted over the speakers as cops kept to the sidelines. Protesters danced together in clusters, and a fire truck and a series of taxis honked and waved as they drove by. Despite organizing a dance protest that garnered the interest of over 4K people on Facebook, Dana and Didi do not consider themselves dancers in the traditional sense.

“So, I know it may sound a little strange considering I co-organized a dance party protest,” Dana said via email, “but I honestly don’t really like dancing. I also can’t physically stay standing for long periods of time because of my disability, so dancing for more than a few minutes at a time can be really painful for me.”

As someone with occasional mobility issues, I myself am frequently apprehensive about attending protests.  I ask myself: Will I get knocked around?  Will there be a place to sit if I need to? Generally speaking: is this space for me? But I was encouraged by the Facebook event description, which stated: “This event will be wheelchair accessible and as accessible to as many disabled folks as possible. If you cannot dance or need to take frequent breaks, you are still welcome.” As a whole, the organizers stressed inclusivity and intersectionality. 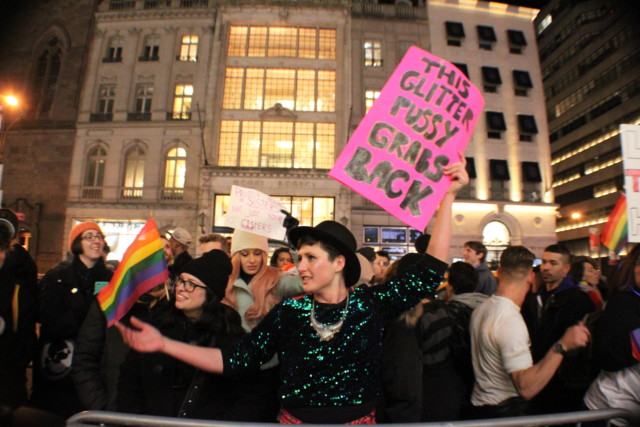 “I felt really strongly that if we were going to do this I wasn’t okay doing it and leaving people out,” Dana said. “There have been a lot of protests in the past few months and a lot of those have not been accessible to me or to a lot of other disabled people. The Americans with Disabilities Act was almost 27 years ago and we still don’t have equal rights as disabled people. People still act like it’s some special favor to include us or make things accessible. Disability justice is a queer issue and I refuse to pretend it isn’t so I wanted this event to reflect that.“ 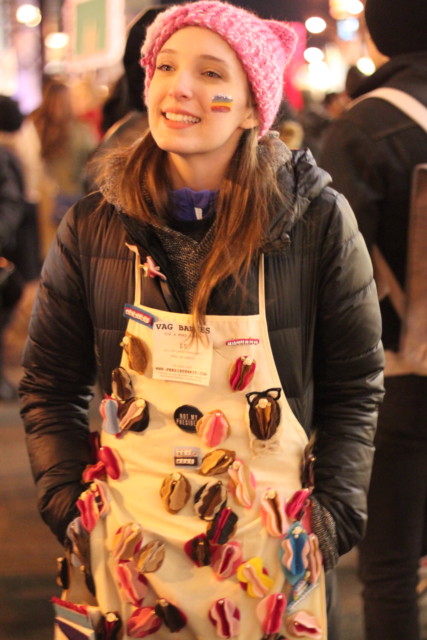 While the protest was queer oriented, it also acted as a forum to speak up about the Trump administration’s stance on immigration, the environment, health care, reproductive rights, and police brutality. Amidst rainbow flags were pins with the words “yo soy imigrante” and “Ban Bannon.” 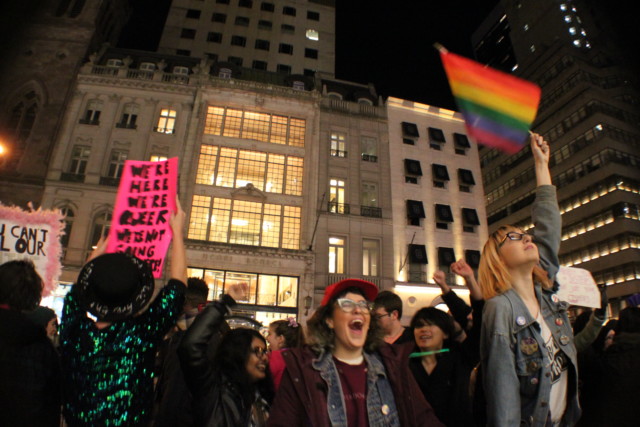 Above all, the NYC queer dance party provided a space for celebration as both a form of dissent and as an outlet for grief and fear. Didi and Dana are planning on bringing people together for future activist events, but in the meantime you can check out the hashtag #QTPD to see pics and coverage of Sunday’s dance party.

Beyoncé Teams Up With Madonna for ‘Break My Soul (The Queens Remix)’ Listen.