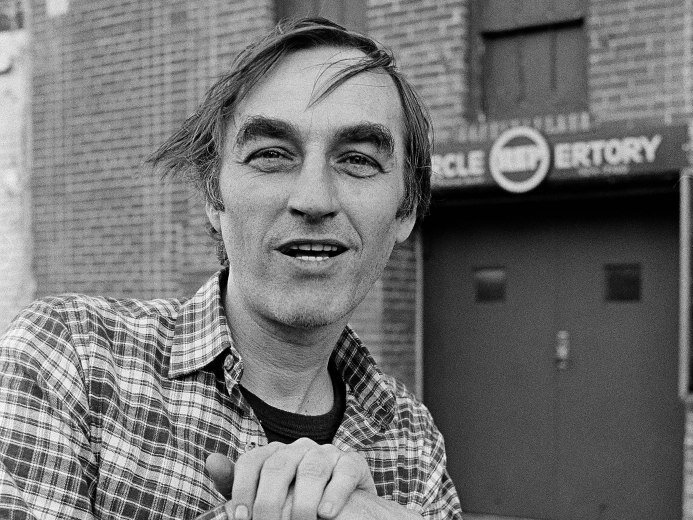 Nobody’s safe around a writer.

I spent a certain amount of time and energy in the late 1970s attempting to get a production of the beautiful, soulful play, Fifth Of July, off the ground, one of those artistic endeavors that somehow managed to slip away. I have remained a fan of the work of playwright Lanford Wilson for the past 55 years, ever since seeing his play Balm In Gilead back in 1965. I was drawn to Wilson’s desperate eccentric characters who were filled with fears and needs that were portrayed with sympathy and a sense of humor.

Wilson was born in Lebanon, Missouri and he brought a certain Midwestern sensibility and outlook to his plays. He studied at the University of Chicago and lived there for a decade while working in the advertising world. Wilson found his first success as a playwright at New York City’s Caffe Cino in 1964, where his play The Madness Of Lady Bright was a big fat hit and a significant milestone in the development of gay-themed theatre. The play’s protagonist, Leslie Bright, is a middle-aged gay guy confronting a wistful past, a lonely present and an uncertain future.

Wilson’s plays are earthy, realist, greatly admired, and frequently performed. He won the Pulitzer Prize in 1980 for the lovely Talley’s Folly, the story of a Jewish man who proposes to a Protestant woman, part a trilogy called The Talley Cycle, along with Talley & Son, and Fifth Of July.

My personal favorite, Fifth Of July, is a bittersweet and funny drama that explores the disillusionment of the Vietnam era. The Broadway production starred Christopher Reeve as a gay, paraplegic Vietnam veteran, and co-starred Jeff Daniels and Swoosie Kurtz. It was made into an excellent television movie in 1982. Wilson’s other Broadway plays include Burn This (1987), Angels Fall (1983), and Redwood Curtain, which I understudied several of the roles when it premiered at Seattle Repertory Theatre in 1993. It was made as a film for television in 1995, featuring Jeff Daniels and John Lithgow. His work reminds me of his inspiration, Tennessee Williams, in the very best way.

His Off-Broadway work The Hot L Baltimore, about the residents of a seedy residential hotel, was the basis of a short-lived television sitcom of the same name, broadcast on ABC in 1975.

Wilson’s work is filled with authentic, gritty, overlapping dialogue and characters concerned with broken dreams great and meager, plus the themes of loss in life, love, companionship and sanity. His characters are drawn as socially marginalized by Wilson whose own identity was as a guy from the Ozarks, a child of a broken home, and gay at a time when it was very tough to be gay. Wilson was one of the first mainstream playwrights to create central, meaningful gay characters. The subject matter of many of his plays was drawn from his own life. His troubled home life was the subject of the play Lemon Sky, which was adapted to film in 1988 with Kevin Bacon. The plot deals with a young gay man’s attempted reconciliation with his father, who refuses to accept his son’s gayness.

Beginning in the early 1960s, Wilson lived in a small apartment in Greenwich Village. In the 1970s, he bought a house in Sag Harbor. He lived in both places, using his city apartment when he had a play in production. He became active in a community theatre company in Sag Harbor.

I want people to see and to read my plays and to say: ‘This is what it was like living in that place at that time. People haven’t changed a damn bit. We can recognize everyone.

Wilson was bravely openly gay all of his professional life, but my research finds nothing about a boyfriend or partner.

In spring 2011, Wilson put down his pen at last, gone from pneumonia, at his home in Sag Harbor. He was 73-years-old. Sadly ironic that Wilson died at the centenary of his friend and mentor Tennessee Williams‘ birth.

Currently in previews, Burn This will officially open April 16 on Broadway. Originally produced in 1987, it tells the tale of Pale, a dangerously sexy restaurant owner, who falls for a dancer named Anna. Set in downtown New York in the 1980s, the play follows their troubled relationship in the wake of a shared tragedy, the death of Pale’s brother and Anna’s roommate and dance partner. This revival is directed by Michael Mayer, and stars Golden Globe winner and Emmy Award nominee Keri Russell (The Americans) and three-time Emmy Award nominee sexy Adam Driver (Star Wars: The Last Jedi, Girls), along with Tony Award nominees David Furr and Brandon Uranowitz.

The original production of Burn This premiered Off-Broadway starring John Malkovich as Pale and Joan Allen as Anna. The play transferred to Broadway that same year for a critically acclaimed run at the Plymouth Theatre, earning Allen a Tony for her performance.